Two Cds from the old Necroharmonic catalog have been re-pressed 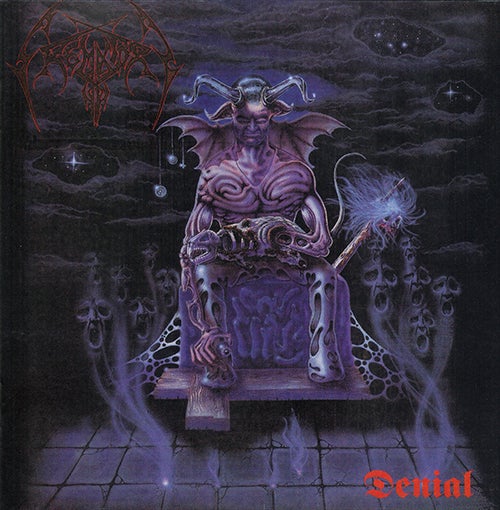 These are new repressed CD versions of these old original releases on Necroharmonic.  Both items had been out of print for years and we brought both back for sick fans alike ! Check out the links to buy the releases at $5.00 each these are a steal !

Mortician ” From The Casket ” 2 Cd

This double CD contains all the early demos , live and rehearsal demos from 1989-1990 .

2 CD release with early tracks from the demo 1990 , rehearsal demos , live shows including the 1st show ever , the Day of Death and more.

The original line up of Mortician from 1989 – 1990 including Will Rahmer, John McEntee ( Incantation), and drummer Matt Sicher.

Here is the cult 1990 FINLAND – INTERMENT With a MCD release of the demo / 7 ep ‘ LIFE HERE AFTER ‘ recorded in 1990 with ex Funebre guitarist Samppa Haapio, from 1st demo release.

This CD contains some additional Rehearsal tracks from 1992 as well, recorded before the they disbanded. The rehearsal tracks contain some vocals courtesy from early Funebre vocalist Jari Heinonen from the 1st demo ” Cranial Torment ” demo / or Brainspoon 7 ep “, and ” Children of Scorn ” release.

Special NECROHARMONIC Mini Length CD with one hard to find classic demo , and some added tracks from this Finnish band who played DEATH METAL in the hey-day of 1990 Finland Death bands.

The release brings 6 tracks and an outro…Cult layout contains some exclusive photos of the band. and an unreleased interview from DEATH VOMIT fanzine from their unpublished last issue , which was probably also the last band interview… 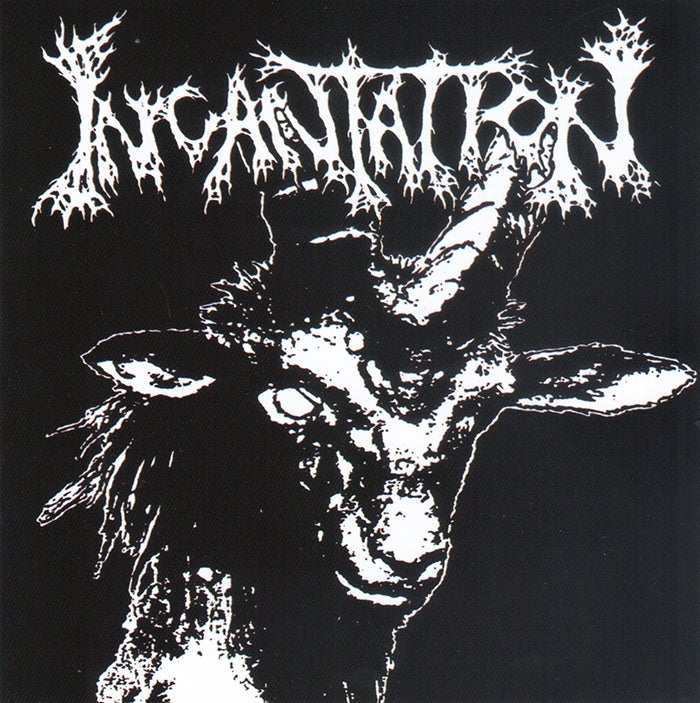 Ultimate edition of all the early demos from one of the most influential bands in death metal.

Disc 1 : Contains the original mix of  “Demo # 1 – 1990 ” featuring Will Rahmer from Mortician on vocals and a live soundboard recording with Will, which was recorded in Buffalo, the blasphemous 1st live recording of Incantation with members of Profanatica from early 1990. Also included is the 1st rehearsal demo with Paul Ledney on vocals in its uncut format.

Disc 2 : Contains an unreleased 2 song demo from 1990 with Craig Pillard on vocals and a live 8 song soundboard from New Jersey with excellent sound. To top it off 7 previously unreleased  pre- “Onward to Golgotha”  rehearsals tracks from early 1991 with original album members including John McEntee , Jim Roe , Craig Pillard and Ronny Deo.

This amazing double CD is the most comprehensive early demo discography ever released, by the world most brutal grinding death metal band! Recordings culled from original 1st generation cassettes held over 25 years and unreleased until now…

Compiled with unseen photographs of the 1st (and only) show with the early line up with the guys of Profanatica. Also included is a massive archive of the earliest show flyers, early logos sketches, and band photos of Incantation never seen by the public…till now…

Swedish death metal band who released on LP with classic 1992 CD/MLP  “ DENIAL “  as well as the Demos “ The Exordium “ 1990 , “ Wrath from the Unknown “ 1991 , and “ Netherworlds of the Mind “ 1992 Demo… all included in this double LP discography. We added "Mortal Torment " promo  demo track 1989 and an unreleased rehearsal track from 1990 " Wrath from the Unknown "  exclusive to this  double vinyl set only.. Killer gatefold jacket of old photos , flyers and artwork galore. The Ultimate history of one of the heaviest Swedish death metal bands ever !

Necroharmonic is set to unleash the start of a massive assault of new releases.

Starting in 2016 a full scale release agenda is forthcoming with CLASSIC well known bands. We are keeping our release news under wraps for a bit thou. So feel free to check out our website frequently !

A ten-year collection of early material.

Now for the 1st time on cd

Features the band’s 1st demo and all 7”ep releases plus a live studio performance.

Open the vault and release the chaos of down-tuned heavy death metal!

Repress of the classic Goregrind album from Germany's own MUCUPURULENT

New release ! A repress of a classic Necroharmonic Records releases...SLEAZY 003

FUNEBRARUM " Beneath The Columns of Abandoned Gods " CD

Here is a preview of whats coming up from Necroharmonic.com ....

(No release dates. No pre Orders. Not all news published here. )

Still working on for this year(S)

Plus repress of X 4 more classic Necroharmonic Cd’s in the final stages this fall /winter 2016. Many vinyl releases feature new layouts, biographies, inserts, revamped better original cover arts, and inside unreleased photos and  , of course, some  have unreleased music tracks.

..and others TBA.  Old bands. More white shirts too.

All garments limited to 12 long sleevers / 25 T shirt versions. All strictly limited items for band members and diehard fans only.

Valued customers, metal distribution websites, or even the misled souls of the ‘net ‘

If you have questions, or interest in our releases feel free to contact us directly at necroharmonic@gmail.com  for real information.

Labels! We do not trade our releases. Our distro closed after 2012. We wanted to bring more quality self -made NH releases. Here they are!... Contact us for wholesale rates. We ship worldwide to music distros at lowest rates .

Final records pressing at the pressing plant now !! Will be available for late December or early January ( depending on the Lp plant speeds )

We are using this new 2014 Newsletter link to make our company policy a little clearer to our buyers new and old... We will spread our current news in these link as well , since we are having a hard time answering emails daily... We can still answer your questions and  at : necroharmonic @ gmail.com

In 2014  Necroharmonic garments became strictly limited in some cases to a select number of prints , and by limited we mean something like this

Necroharmonic is coming strong with a new line up of Band T shirts , Longsleeves , and Hoodies.... All to be released in Fall 2014.

Recently CD reissues were released including bands such as Dr Shrinker , Rottrevore , Crematory and more.

Lps are forthcoming of some titles , More news as the 12"  records are closer to being fully finished. They will be available on two websites  , this one and another credit card enabled site.

We are not taking pre-orders for our vinyl anymore . When the new release is out it will be announced here in this news section.

A new retirement party is starting for some of our band garments including Impetigo , Wombbath , Waking The Cadaver , Derketa , Dead Infection , Exhumed , Mastication and Traumatic ... some of these garments are hitting the 10 or 25 sold mark , and we think will now discontinue them let them live in fans collection as a sick artifacts...

We are also eliminating several style T shirts , Hoodies and Garments ...making them " RETIRED " from our line up of exclusive prints.. some bands items we retired include :

Necroharmonic is an underground label , so the retirement of these garments means keeping them rare , and our printed Clothing as Underground rarities ...

PLEASE NOTE !! : Our T shirt / Hoodie / garment release are all very specially made . We are not your normal sell thru mass quantity T shirt seller. Our items are custom made one at a time and VERY limited edition.