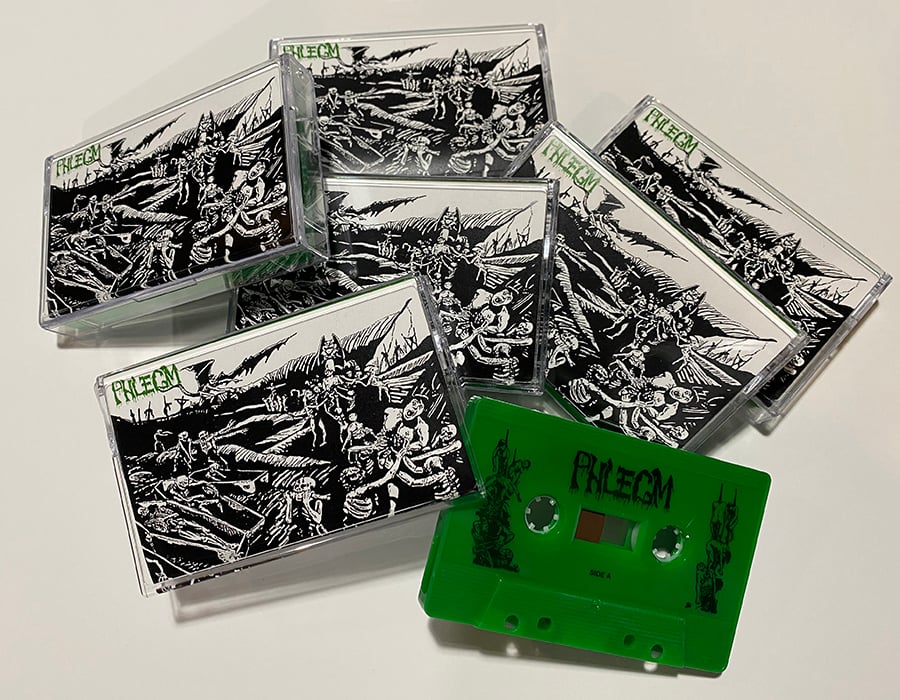 Cassette version of this classic demo released in 1991.

This re-issue cassette was co-released by Necroharmonic and Parasitic Records in 2021.

Contains the infamous demo " Consumed By The Dead " which at the time was almost an album-length demo!

Later that year Tomas Elefsiades joined the band and in 1989 they recorded Clothes Hanger Abortion. They continued to play the New England scene that year. After a few lineup changes the band was set with Fred Ordonez ( Bass ) and Andy Jones ( Drums ) so touring the rest of the US was the agenda for 1990. In January 1991 Consumed by the Dead was released and backed up again with a US tour, some historic local gigs, and a Tour later that summer of 1991 , as well as various Fest appearances like Michigan Death fest 1992 , Fleets Fest of Freaks , and more.